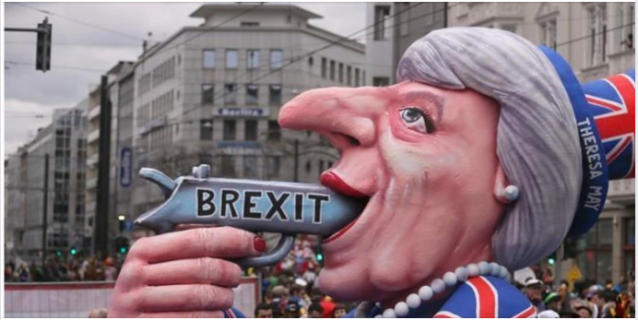 Best described as a suicide pact, apparently it is only now that the penny has dropped, and the true catastrophic financial facts finally revealed. Total bollocks! These Brexiteers have known about it all along, and have tried to drive the British public towards a cliff edge, like a bunch of gormless lemmings, from day one.